Euston Road one of the most polluted places in Britain, according to latest air pollution figures 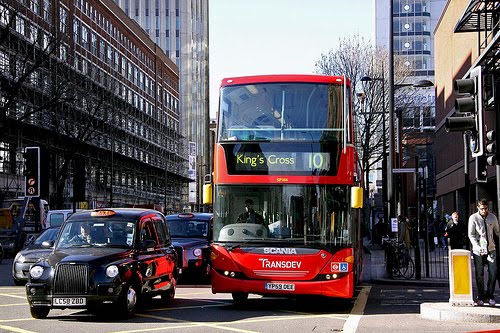 Levels of the pollutant nitrogen dioxide are significantly over the legal limit on Euston Road, with 104 micrograms per cubic metre recorded between St Pancras International and Euston stations in latest government figures released to Clean Air London. This makes it one of 50 most polluted roads in the country.

The legal limit for nitrogen dioxide is 40 micrograms per cubic metre, but projections suggest that at the current rate of improvement, this mandatory target will not be reached before 2030.

Nitrogen dioxide is a dangerous pollutant produced by emissions from diesel vehicles. It irritates the lining of the lungs, reducing immunity and causing infections, with more than 4,000 Londoners are estimated to die early each year because of air pollution.

“Despite being part of London's Ultra Low Emission Zone (ULEZ), Euston Road is dangerously over-polluted at more than double the legal limit. As Holborn & St Pancras MP, I would work with my Green colleagues in Camden Council and the London Assembly to ensure that ULEZ regulations are adhered to and extended to include more of Camden, and to phase out dangerous diesel vehicles from roads in central London.”

Tina Swasey, who is standing for Camden Green Party in the St Pancras and Somers Town by-election on March 5, added,

“Breathing is a health risk where I live. Many of my Somers Town neighbours have respiratory issues, the stats are stacked against residents in the area who face a decreased life expectancy of nearly a decade compared to residents up the road in Hampstead. It is vital that we take air pollution seriously in the area and fight for actual improvements. It seems criminal that the air we breathe poses such a proven health risk.”