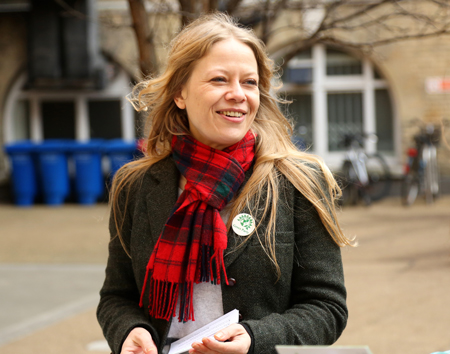 Sian Berry, Green Party councillor for Highgate, refused to vote for the budget, arguing for a local referendum to let residents decide on a further council tax rise to protect local services, and for the next government to halt cuts to central grants to councils, which she said threatened to 'squeeze local government to death'.

You can watch Sian's speech in reponse to the budget here on the Council webcast (at 1hr 27 into the meeting): www.camden.public-i.tv/c…/portal/webcast_interactive/164467/

The following is the full of text of Sian's speech:

I won’t be voting for this budget or the amendments. But I do want to speak briefly to say what I and the Greens think is needed.

I criticize many of the choices the Labour budget makes, but I am glad to see they are proposing to increase Council Tax close to inflation, and that the reasons they give are the same as those we argued for a year ago when they froze council tax instead.

But they have again refused to go further and ask the people of Camden if they would agree to a larger increase.

Given that nearly two thirds of people supported a 2% rise in the consultation exercise, I think a referendum to do a bit more to protect services might succeed and should have been tried.

Even a small amount – an extra pound a week from a band D household - could have:

When I asked about the second idea recently, it was rejected on the ground that the council’s budget was so tight it couldn’t afford to lose the revenue.

But this is revenue from people who would pay if they could, but simply don’t have the income.

They are more than likely to be subject to benefit sanctions and the bedroom tax already, and if we can’t afford not to drive our poorest people into impossible debts, then we have a problem.

In other areas of the budget, the council is raising funds in ways that are not completely upsetting.

I don’t object for example to the project to increase advertising, though I have helped to insist on an ethical policy, and I’m happy to see this now includes banning the horrible predatory payday lenders from advertising with us.

I also hope the next government will devolve more powers to local councils, including a supermarket levy to support local shops, the tourist tax the council wants, letting us borrow more to build for the future, and a massive reform of property taxes to help with our housing crisis as well as our funding crisis.

But whatever money we can raise ourselves it will not come close to the gap caused by cuts to central government grants to councils.

So here’s where I think the real blame lies for a budget full of cuts to jobs and services.

It lies with the misguided austerity programme of the Conservatives and the Lib Dems in Westminster, a big chunk of which has been deliberately targeted at councils such that it’s starting to feel like they want - in the end - to squeeze local government to death.

The cuts in the three year plan ahead, now go beyond the world of efficiency savings.

We’re squeezing our workforce and crossing the line into frontline service cuts which will cause lasting damage to Camden as a whole.

And when we can’t even put a few shreds of humanity into policies that drive the poorest people into Council Tax debt, it’s a real sign that things have to change.

Local public services matter, and I hope that even though all but a few brave Labour MPs have voted to continue the coalition’s austerity plans, something will change their minds soon.

And I hope that something is having to work with anti-austerity parties like the Greens after May.

If this happens, it gives me hope that this time next year my party will be able to say something far more constructive and far less bleak about this council’s next budget. 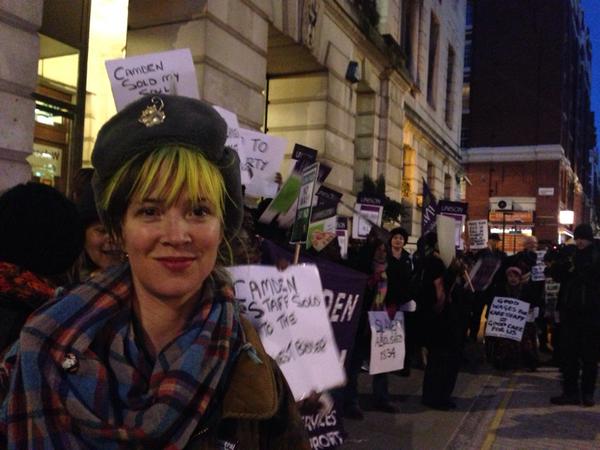