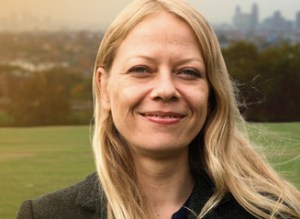 Writing in the Guardian, Sian Berry argues that Camden Council's regeneration of the Bacton estate in Gospel isn't all it's been hyped up to be.

Oliver Wainwright cites Camden council's Bacton estate redevelopment as "something of a miracle in a climate when new-build council housing has seemed impossible for so long". But a closer look shows it is sadly not so impressive. It's one thing to replace existing social housing, which Bacton achieves. But Camden is crying out for more affordable housing, and this is where Bacton spectacularly fails. Of its extra 192 flats, 177 will cost full market price. Only 8% of the additional homes will be affordable – a woeful result against the council's own target of 50% affordable in new housing space.

Moreover, filling one of London's more deprived wards with £1m three-bedroom flats – and providing so few affordable homes – effectively banishes the existing community. Many local people describe this as social cleansing. Yes, Camden council faces a hostile government and, yes, it's not acting as heinously as Tory councils like Barnet. But let's not pretend it's helping house its residents. Its community investment programme, which your report praises, will only build 75 new council homes a year over six years, when tens of thousands of people are on Camden's waiting list. Labour remains hamstrung by its historic failure to repeal right-to-buy or invest in social housing. And if the example of Camden's Labour council is anything to go by, it's still trying to spin its way out of a catastrophe it did little to avert.