"The fight for our NHS goes on," says Natalie Bennett 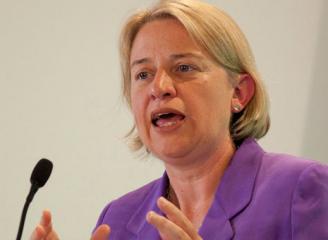 ON Friday we saw the extraordinary and depressing spectacle in parliament of Conservative MPs conspiring to prevent a debate on the NHS Reinstatement Bill.

Proposed by Green Party MP Caroline Lucas, this bill would stop the current rapid marketisation of health services and restore the NHS to its founding public service principles.

It is backed by MPs from five different parties, health professionals and more than 50,000 who asked their MP to support the bill.

That makes it all the more scandalous Tory MPs spent more than four hours "filibustering" – deliberately and needlessly extending the debate on another bill to reduce the time discussing the NHS Reinstatement Bill to less than 20 minutes.

It’s also sad that with the NHS in crisis, only 15 to 20 Labour MPs turned up to support the bill, with London mayoral candidate Sadiq Khan and Camden’s Labour MPs Tulip Siddiq and Keir Starmer all absent. Had more Labour MPs attended, the filibustering could have been prevented and the bill would have had the discussion it deserves.

It is clear that our democratic processes need reforming to ensure that a bill with so much public support cannot be blocked by a few backbenchers. Despite this setback, the fight to save our health service goes on – so please lobby your MP to ensure that the bill comes back to parliament.