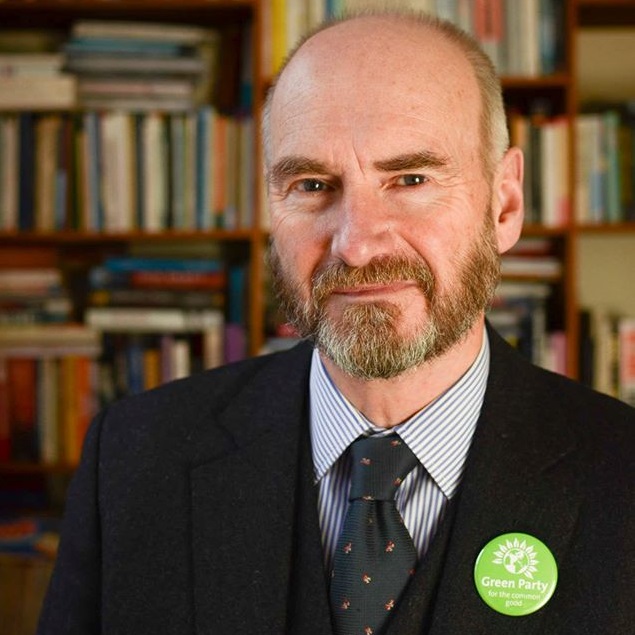 Stephen Taylor, the Green Party London Assembly candidate for Barnet & Camden and founder of Londoners on Bikes, argues that CS11 and similar projects are necessary to save our neighbourhoods from air pollution.

As a Hampstead resident, I attended the recent public meeting to hear both sides of the argument in the impassioned debate on Cycle Superhighway 11.

One of the seemingly compelling arguments against CS11 is that at busy times it'll lead to cars being diverted away from main roads on to side streets, leading to higher levels of nitrogen dioxide (NO2) pollution near our schools.

As well-intentioned as this argument might be, it's based on a slight misconception. Recent air pollution monitoring studies by Camden Green Party, Hampstead Neighbourhood Forum and other community groups have certainly shown very dangerous nitrogen dioxide where traffic is highest. But we also found illegal levels of NO2 in residential areas, on side streets and at the edge of Hampstead Heath.

It's therefore wrong to argue that stopping CS11 can save Hampstead from NO2. Pollution in London is so high that there are dangerous residual levels even in quieter areas, and the only way to solve it is by cutting car usage across the entire conurbation.

The CS11 proposal is not flawless and more can be done to address resident's concerns. But we must not lose sight of the big picture. London needs to dramatically reduce its reliance on the motor vehicle in order to save the city from suffocating air pollution, and developing infrastructure that makes cycling safe and enjoyable is a big part of that. The ideal is a virtuous circle where projects such as CS11 help more people to swap cars for bikes, which cuts traffic pollution and therefore makes it healthier to cycle.