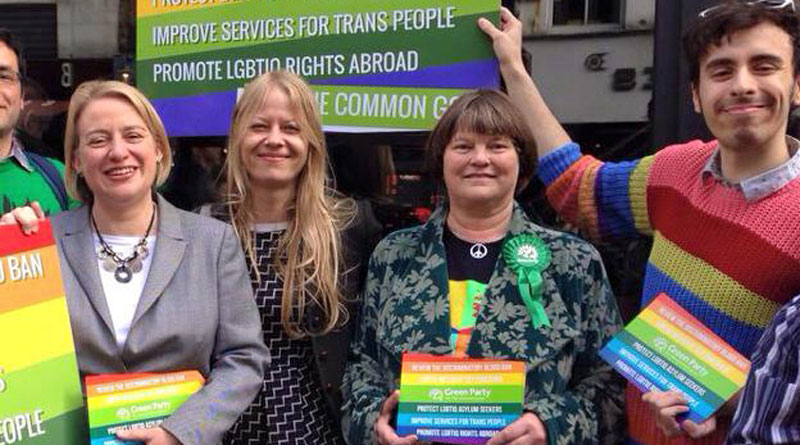 Following positive answers from the Mayor of London, Councillor Sian Berry has asked Camden Council to change how it deals with gender and diversity in its data and recruitment procedures.

This follows Cllr Berry's initial letter – in her capacity as a London Assembly Member – to the Leader of Camden Council, asking for a review of information requested from residents on Camden's official and online forms, so as to be as inclusive and non-intrusive as possible in terms of equalities.

Cllr Berry discovered wildly different requirements in Camden forms, such as those covering joining a gym, obtaining library membership, and applying for a job. For example, registering for Camden Active gym membership requires users to give their ethnicity and choose their gender as 'male' or 'female'. Meanwhile, Camden's recruitment website requires users to choose a gender-specific pronoun when applying for a job.

Other forms do not require ethnicity or gender information, or give gender-neutral or 'prefer not to say' options.

Changing the forms will help improve privacy and data protection, and make it harder for deliberate or unconscious discrimination to affect employment decisions.

In the London Assembly, Sian has already won the agreement of the Mayor to review policies for collecting data on gender and introduce the following measures at City Hall:

1. Giving people the option not to reveal their gender when filling in forms to access service, include a choice of gender neutral titles

Now she wants Camden Council to commit to making the same changes.

"The Mayor of London has responded positively on these issues so I hope Camden Council will make these simple improvements for better equality and opportunities for all residents and prospective employees.

"People should not have to choose between male and female when giving their personal details to public bodies. And people should not be subject to discrimination when applying for a job because of their name.

"Disappointingly, I have found bad practice on areas of Camden's website, requiring gender details when asking people to fill in forms just to access services. Tiny changes to the current processes would be a step in the right direction to being more inclusive to all of the residents Councils represent."

Many people, including many non-binary, intersex and transgender people, may prefer not to select a gender when filling in a form, or may wish to use a gender-neutral title when giving information. Public bodies are also required to follow data protection principles and avoid collecting information that isn't necessary.

In October 2015, a number of public and private organisations, including the Civil Service signed up a pledge to recruit on a name-blind basis to address discrimination. Despite this, a review of the GLA group of organisations recently found several examples of bad practice, including the form to leave comments on the GLA's own website.